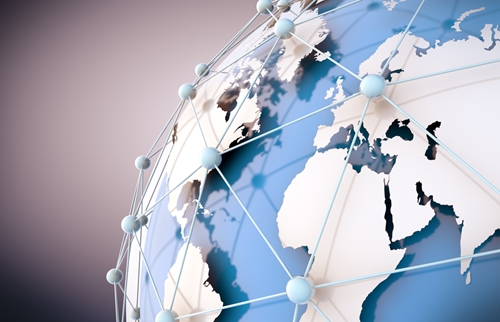 Founded in 2004, OpenStreetMap is an evolving, digital open source map of the world that is being built using open data from contributors, some of whom are using 3D laser scanning to collect the data. The nonprofit, which is based in the U.K., is made of geographic information systems (GIS) professionals, engineers and humanitarians, according to the website. In an interview with NPR, Robert Scott, who gathers data for the worldwide map, talked about the various ways OpenStreetMap is gathering the data it needs and how the nonprofit is making large amounts of detailed data available to people at no cost.

Making geographic data accessible
OpenStreetMap is taking advantage of evolving technology and the knowledge of local peoples to make information more accessible to large groups of people and businesses around the world. It collects digital information on infrastructures and buildings around the world from local sources, and ensures all data is up to date and as precise as possible, according to the website. Contributors provide data that was gathered in many different ways – according to OpenStreetMap, aerial laser scanning, low-tech field maps and even global positioning devices are all used by contributors to collect information for the site.

However, it's not just volunteers who are doing the heavy lifting. NPR reported professionals with mapping knowledge are helping out the nonprofit.

Mark Williams is one of these professionals, according to NPR, and he is specifically using a car developed by Nokia that is similar to the vehicles used by Google to gather data on structures and terrain. However, Williams said the Nokia car is innovative because it uses 3D laser scanning to map areas, which ensures that maps are as detailed as possible.

"Visually, the renderings of the buildings look like imagery that you would associate in computer games," Williams said about the technology. "Not just maps of the streets, but maps of what's on the third floor of this mall. What's on the 10th floor of that building."

According to online resource Search Engine Land, comparing a map of a city from OpenStreetMap to another popular map source showcases how detailed OpenStreetMap's charts are. In certain areas, more buildings are more apparent and streets are wider like they are in real life. Digital Trends noted the differences between OpenStreetMap and other map sources are that any changes to information are available as soon as they are uploaded, but the website's editors are on alert for additions and edits that aren't supposed to be made.

Search Engine Land also reported people and businesses that use OpenStreetMap are able to access fully-functioning digital maps when they aren't connected to the Internet because these maps are available for download. This allows users to work with the maps when they don't have access to wireless Internet networks without requiring them to use their smartphone or tablet data.

Scott told NPR many businesses are starting to use OpenStreetMap rather than other types of mapping sources for the information they need because the data is free and accurate, and digital maps are increasingly in demand by individuals and businesses for daily tasks. According to Digital Trends, OpenStreetMap now operates under an Open Database License (ODbL), a share-alike license.

Aerial and terrestrial 3D laser scanning technology will continue to be important to the evolution of OpenStreetMap. As digital maps become an even greater part in people's daily lives and more businesses require accurate information, the level of detail gathered through 3D laser scanners will be essential to meeting these needs.

nextDrones and land surveying: What's next?