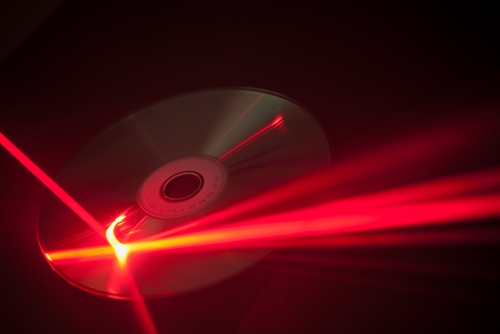 While 3D laser scanning is often talked of in general terms, there are many types of laser scanning technologies, and each of these scanners have their own subcategories and applications. One such category is laser triangulation, which is one of the most common ways to scan an object or space. Laser triangulation is often used to scan individual objects, such as for research and archival purposes, and are sensitive to an item's dimensions because triangulation scanners tend to be placed closed to the object. Professionals looking to gather data on small items and objects often turn to laser scanners that use triangulation.

What is laser triangulation?
According to laser scanner manufacturer MTI Instruments, this type of laser scanning is when a laser point or line is used to measure a target object. It works by capturing the beam's reflection using a sensor and calculating the angle of the reflection. In a blog on laser triangulation, Creaform noted this technique is called triangulation because the camera, laser emitter and laser line form a triangle, and it uses geometric principles of triangles to measure the dimensions of an object. It relies on reflective sensors, and tend to be placed within 0.5 to 2 meters away from objects, according to the Archaeology Data Service and Digital Antiquity.

According to Creaform, there are two types of triangulation techniques: optical philometers and portable 3D scanners. Optical triangulation relies on a measuring arm or coordinate measuring machine as a point of reference, while portable scanners use reflective sensors put around the item to be scanned.

Benefits and disadvantages of this type of system
There are pros and cons to laser triangulation, according to manufacturer Rapid Form and the Archaeology Data Service and Digital Antiquity.

Triangulation using just a single beam of light can come in many forms, such as a handheld device, making it a flexible and portable type of laser scanning solution. While this method can be accurate, it isn't as accurate as pattern fringe triangulation, which uses numerous points and beams of light to measure an object. This form of triangulation offers a high resolution, but – because of its increased sensitivity – requires additional preparation time and lighting. Pattern fringe triangulation is also less portable than single point triangulation. However, one big benefit of general triangulation is that it can gather data "with micron-level accuracy," according to the Archaeology Data Service and Data Antiquity, and often has a red, green and blue (RGB) capture option built internally.

Applications of triangulation scanners
These scanners are often used when scanning small objects only a short distance away from the scanner, Archaeology Data Service and Digital Antiquity noted. Pottery vessels and tools tend to be scanned using this technique because of this, but the laser scanning technology doesn't necessarily have to be used in indoor environments. For instance, according to Leica Geosystems, researchers who surveyed the Matterhorn, the world's third tallest mountain, in 1999 used optical laser triangulation to measure reference points in the valleys.

nextUS military to use 3D modeling to maintain their MRAP Cougars