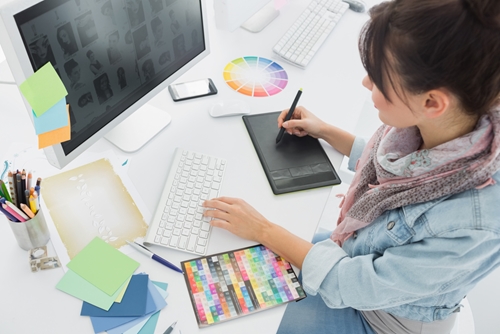 3D modeling is used in many industries for many applications – from creating as-is models of historic sites to recreating existing spaces for video game development, a plethora of professionals turn to 3D modeling technology. Because of this, the ability to effectively create realistic simulations and successfully utilize this technology is increasing in demand.

Creativity is becoming more technical
According to a recent survey by Adobe, 3D modeling is becoming one of the most important skills for graphic designers, Web designers and the like. Adobe asked 1,048 creative professionals based in the U.S. in mid-May about advancements in their industry. The survey found the majority of creative professionals think their mediums and disciplines are quickly changing as new tools and techniques enter the market and demand increases for certain skills. In fact, the survey found most professionals in creative occupations believe their industries have grown and changed more in the last half a decade than in the last five decades. Fifty percent said new tools and technology have impacted how they build and create their designs and projects, and 33 percent said new skills have driven these professionals to change how they complete their work.

While the survey discovered these professionals need to have mobile development abilities, they also need 3D modeling skills, which was the second most in-demand skill. In total, 18 percent said they needed to know how to use 3D modeling software this year, beating out the need for graphic design, visual effects and even animation. 3D modeling came in a close second to app development, which received 20 percent of the votes.

An article from the Gnomon School of Visual Effects noted how it's not just understanding how to use 3D modeling that is important, but the skills that go into using these tools effectively that are important. The VFX school noted 3D modelers need to have well-rounded skill sets to be successful in today's demanding VFX environment. 3D models are increasingly being asked to look realistic, and many times 3D modelers who aren't building their creations off of as-is data have to guess about measurements, which runs the risk of models being inaccurate and unrealistic.

With 3D modeling becoming more in demand, professionals throughout many industries need to understand how important it is for these models to be created correctly. Working with a 3D modeling services firm can help non-creative professionals receive the models they need.

previousMarket your architectural firm with 3D models of existing projects

next4 benefits of 3D modeling for architects and engineers